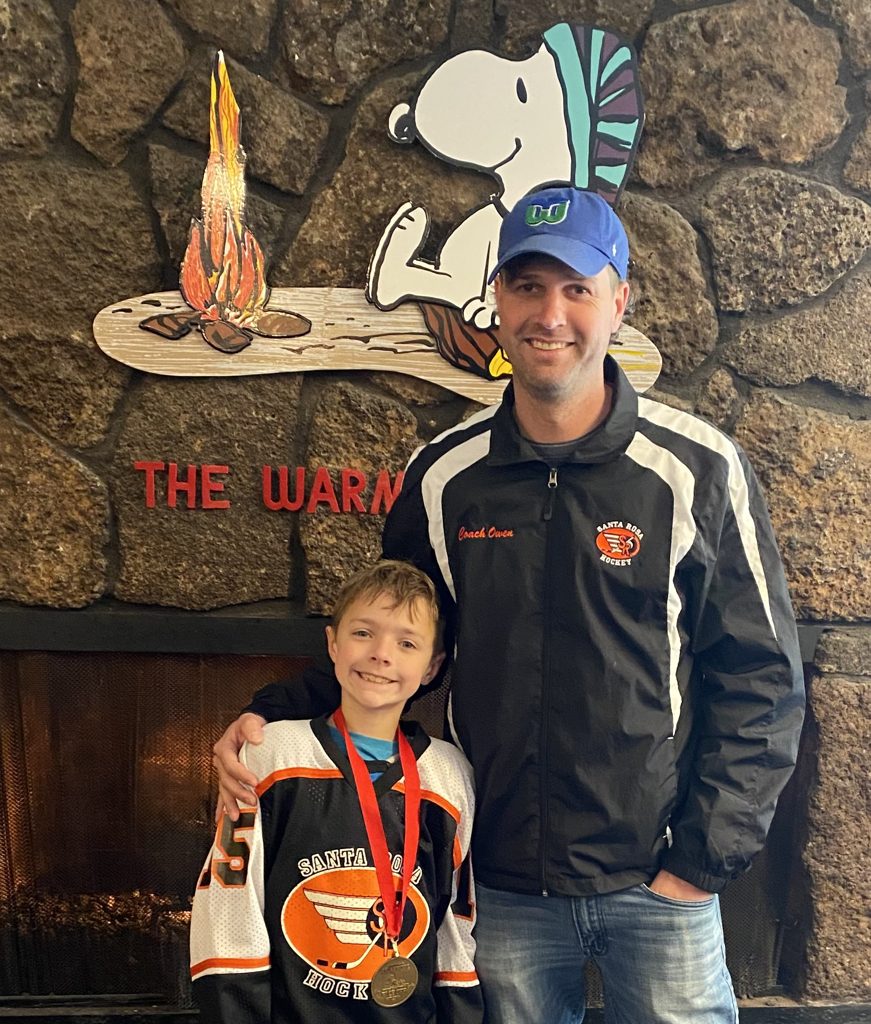 Coach Owen’s hockey resume is a geographical wonder and covers many parts of the USA. Owen grew up playing hockey in America’s hotbed for hockey, the State of Minnesota. After youth hockey, Owen played for Northfield High School where he served as team captain in his final season and was an All-Conference student athlete in the 1999-2000 hockey season. Owen played NCAA Division 3 for Gustavus Adolphus College after graduation from high school and continued onto playing at Washington State University at the ACHA collegiate level. Owen’s crafty and sneaky style of play that he developed from his years of college hockey is on display in Snoopy’s Adult Hockey League where he is a standout.

In addition to playing all over the USA, Owen has coached for Universities in Texas and Washington State. Owen was an assistant coach for Washington State University in the late 2000’s before serving three years as assistant coach for the University of Texas, both at the ACHA level. His college coaching experience is an excellent source of knowledge that he brings to the Santa Rosa Flyers youth club. Owen has been coaching with the Flyers since 2019, shortly after moving to Sonoma County.