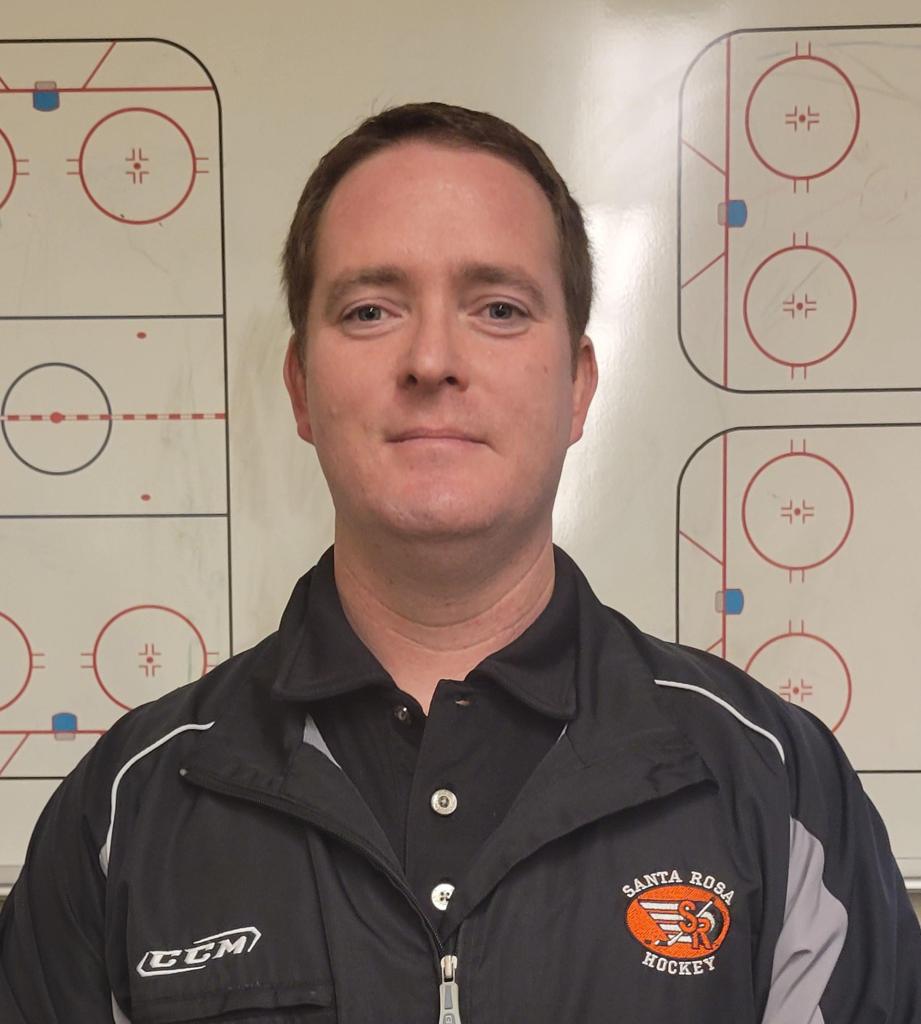 Coach Mike has been involved with the game of hockey for over 30 years as a player, coach, referee and administrator. He started off like many others in Northern California during the 1990’s by getting introduced to the sport through roller hockey. While growing up he skated with the North Bay Bandits, who made four national appearances at the NARCH Finals.

During his youth ice hockey years Coach Mike skated for legendary SRJHC Coach Warren Smith and was part of an 18U CAHA championship team in 1999. Following his minor hockey career, Mike went on to skate for the Division 1 ACHA program at Mercyhurst University in Erie, Pennsylvania, winning a league championship in 2004.

Following college, Coach Mike wanted to help the future generations of players and get involved as a coach and mentor. In over 15 years of coaching, he has coached all ages and abilities, from 10u recreational teams to ACHA Collegiate teams. He has made four appearances as a Head Coach at the CAHA Finals with teams at the 14u and 18u levels, including two championships and one runner up. He was also a part of two league championships and a Regional Tournament appearance with the SRJC Polar Bears, one season as an Assistant Coach and one as the Head Coach.

Coach Mike has also been involved with USA Hockey at the State, Regional and National levels. He has served as an evaluator at NorCal Select Camps on numerous occasions. He has also worked as a team leader for USA Hockey select camps including the Pacific District Select Camp in San Jose, CA, the Western Regional Select Camp in Colorado Springs, CO and the National Select 17’s camp in Buffalo, NY. Along with coaching the 12u team this season, Coach Mike also serves as the Director of Coaches for the SRJHC. Anyone with questions or looking for unbiased advice on what hockey path would be best for their child is encouraged to reach out.