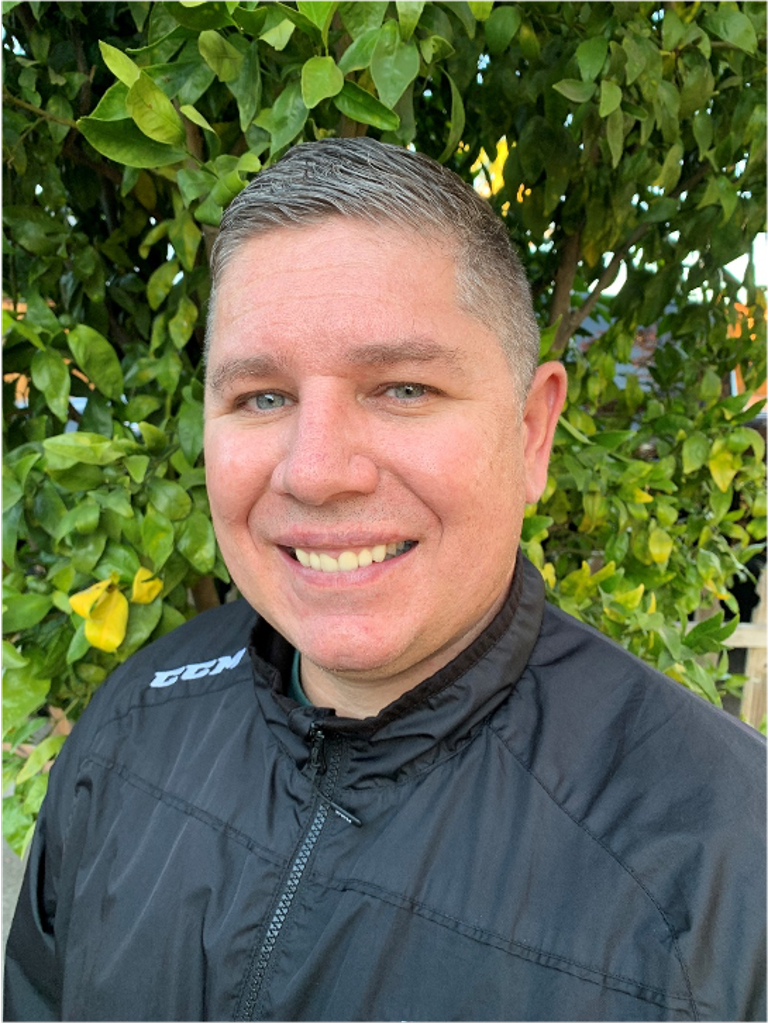 Coach  Zane brings over 40 years of hockey experience to the Santa Rosa Flyers. A native of Anchorage Alaska, he grew up learning the game of hockey outside at school and with the Boys and Girls Club Youth Hockey Program. He played junior hockey for the South Coast Hockey Program in Orange County, California. During his 20-year career in the United States Coast Guard, Zane traveled around the country where he gained 10 years of youth hockey coaching experience across multiple divisions. He played a major role in the development for hundreds of players in Erie, Pennsylvania with the Erie Youth Hockey Association and the Santa Rosa Junior Hockey Club. Zane is married with a 12-year-old son, Cale and enjoys helping to spread the joy of hockey to others.